Geometric Shenzhen was commissioned by China Resources Group to mark the opening of its headquarters in a groundbreaking new 392m tower in the centre of the Houhai District in Shenzhen. The piece scans the stunning view of the bay and is centered on the China Resources Tower, which will help define the city internationally and […] 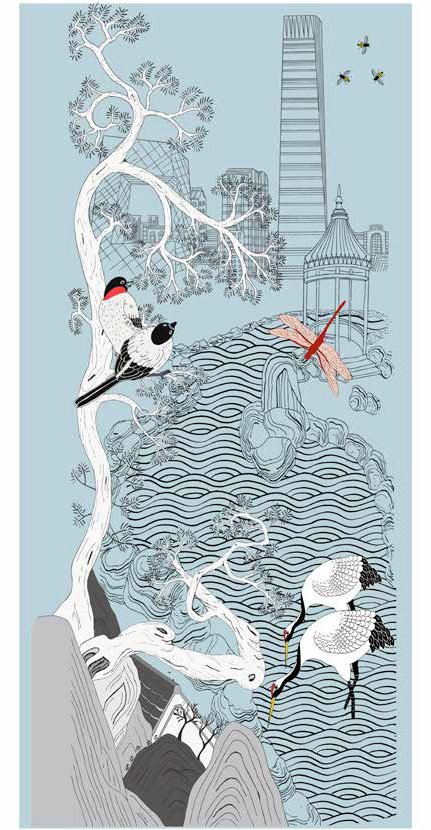 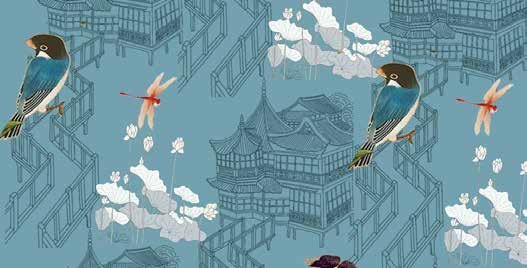 Yuyuan Garden Toile is the newest piece in Rob’s collection. The wallpaper was commissioned by the Yuyuan Garden Group to coincide with the reopening of the Yuyuan Bazaar shopping centre, which adjoins the famous gardens in the northeast of the Old City of Shanghai at Huangpu Qu. The artwork captures the stunning view of the […]

Rob was commissioned to create a portrait of Shanghai, combining the traditional with the contemporary in his depiction of the renowned cityscape. Taking the format of an old scroll, the piece marries the ancient with the modern, with the beautiful Yu Garden in the foreground set against the iconic Shanghai skyline. I love Shanghai and […]

Rob was commissioned for a client who had spent time living with their family in Austin, Texas. Rob had also spent time living in the bustling city, and had a view similar to this one looking at Downtown over Lady Bird Lake. The skyline itself has changed dramatically over the past 12 years but this […]

The Tale of the Jin River, Chengdu 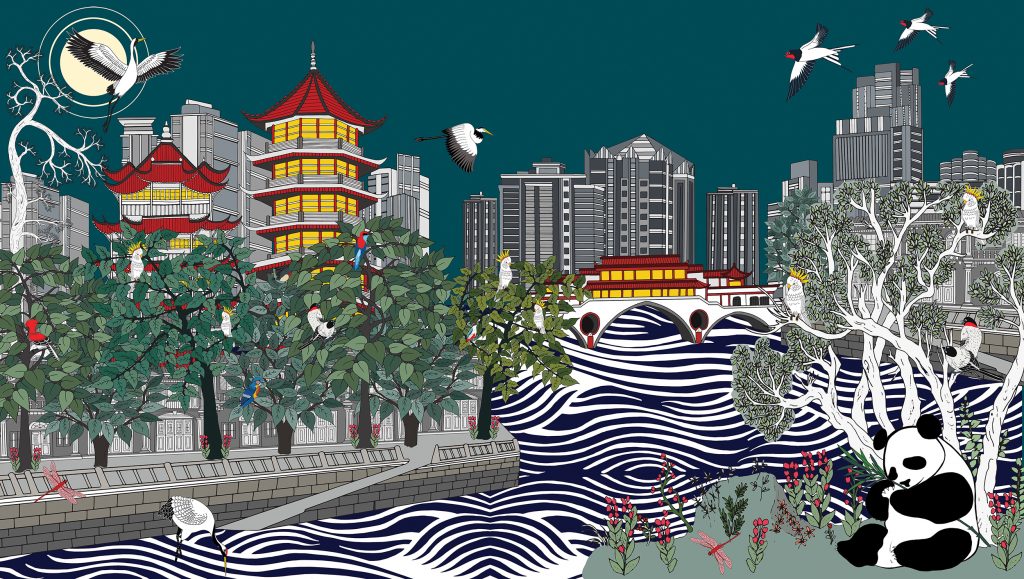 Rob Pepper’s “The Tale of the Jin River, Chengdu” is a stimulating piece about Chengdu and the surrounding area. The work reflects ‘the land of abundance’ with a broad variety of verdant trees and wildlife adorning the sides of the Jin River. The painting celebrates the famous city and its growing worldwide reputation. Chengdu known […]

In mid 2019 Rob was asked to rebrand a series of pens for Parker based on global cities. The idea was to make the imagery of the moment and to bring the historical cities into a contemporary setting. The pens are now best selling items on Tmall and the fastest selling SKU for Parker in […]

Art and employment: defining the culture of the future