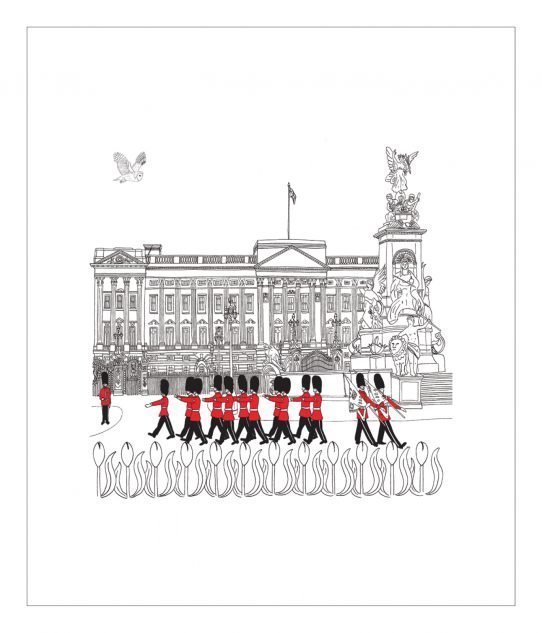 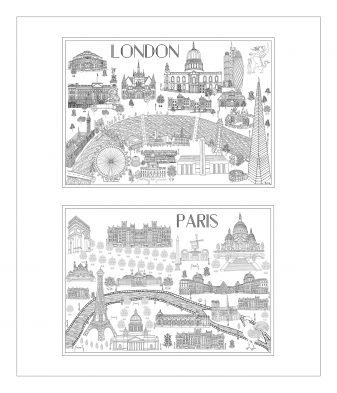 In 2016, Brown Thomas commissioned Rob to design the shop frontage and interior of its flagship store on Grafton Street, Dublin, to celebrate the Chinese New Year. The iconic luxury retailer has been an integral part of Ireland’s retail history since it was established in Dublin in 1849. Depicting the Chinese Zodiac, the artwork adorned […] 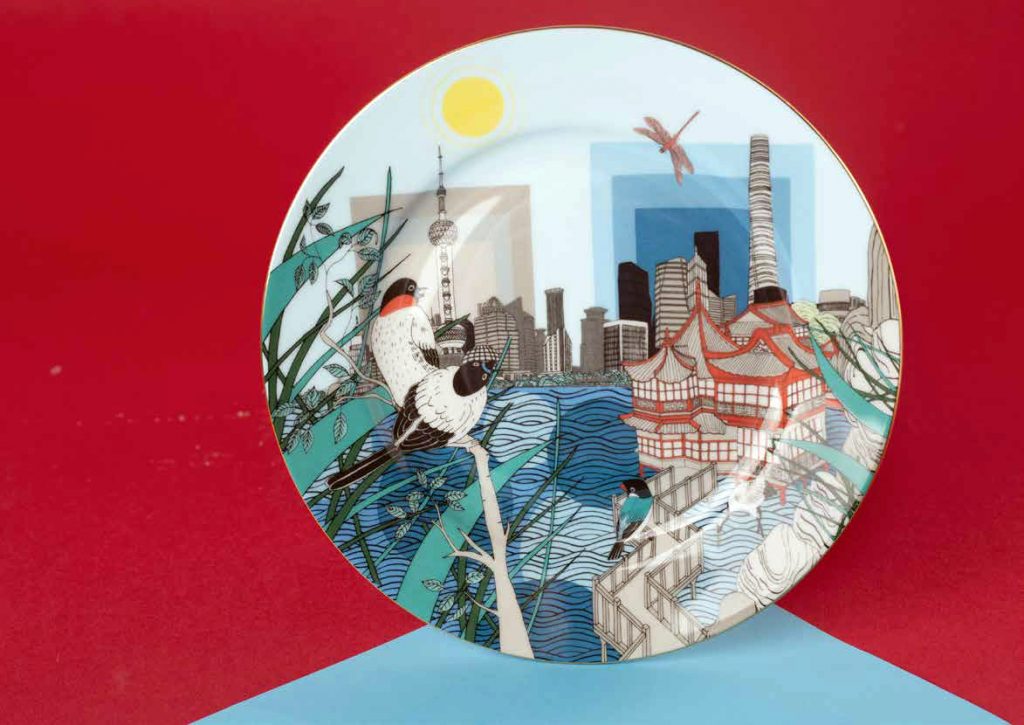 In 2018, Rob worked on a limited-edition ceramics range showcasing his beautiful cityscape of Shanghai. The artwork marries the ancient with the modern, with the beautiful Yu Garden in the foreground set against the iconic Shanghai skyline, and the ceramics are edged in gold leaf. 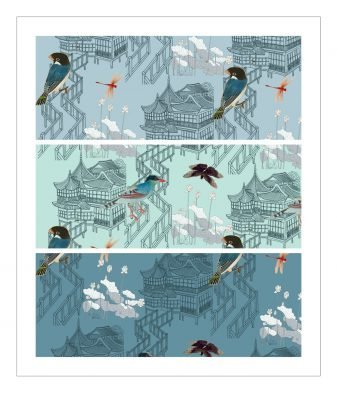 Yu Garden Toile was commissioned by the Yuyuan Garden Group to coincide with the reopening of the Yuyuan Bazaar shopping centre, which adjoins the famous gardens in the northeast of the Old City of Shanghai at Huangpu Qu. The artwork captures the stunning view of the temple interwoven with birds, dragonflies and lilies, bringing together […]

Rob has been commissioned to make works to order, including landscapes of Austin and Shanghai. He combines the traditional with the contemporary in his depictions of the renowned cityscapes. Taking the format of an old scroll, the Landscape of Shanghai marries the ancient with the modern, with the beautiful Yu Garden in the foreground set […] 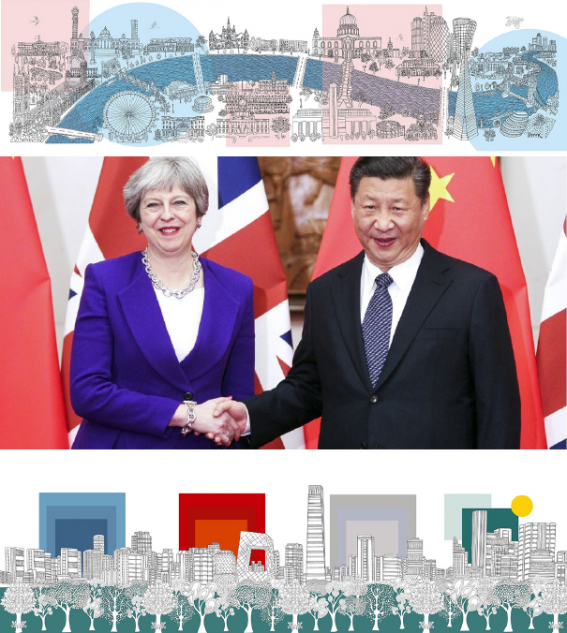 In a 2018 visit to China, Prime Minister Theresa May presented President Xi Jinping with a state gift of two of Rob’s original works to celebrate a ‘golden era’ between the two countries. The artworks celebrated the architectural heritage of both London and Beijing through pen and ink, with bold geometric shapes and colours bringing […]

Rob starts each artwork with a drawing. Using pen and ink, he creates a work that captures the iconic cities in an intimate way, often integrating nature into the architectural heritage of the cities. The drawing becomes the basis for an original painting where bright bold colours are added. A series of limited edition prints […] 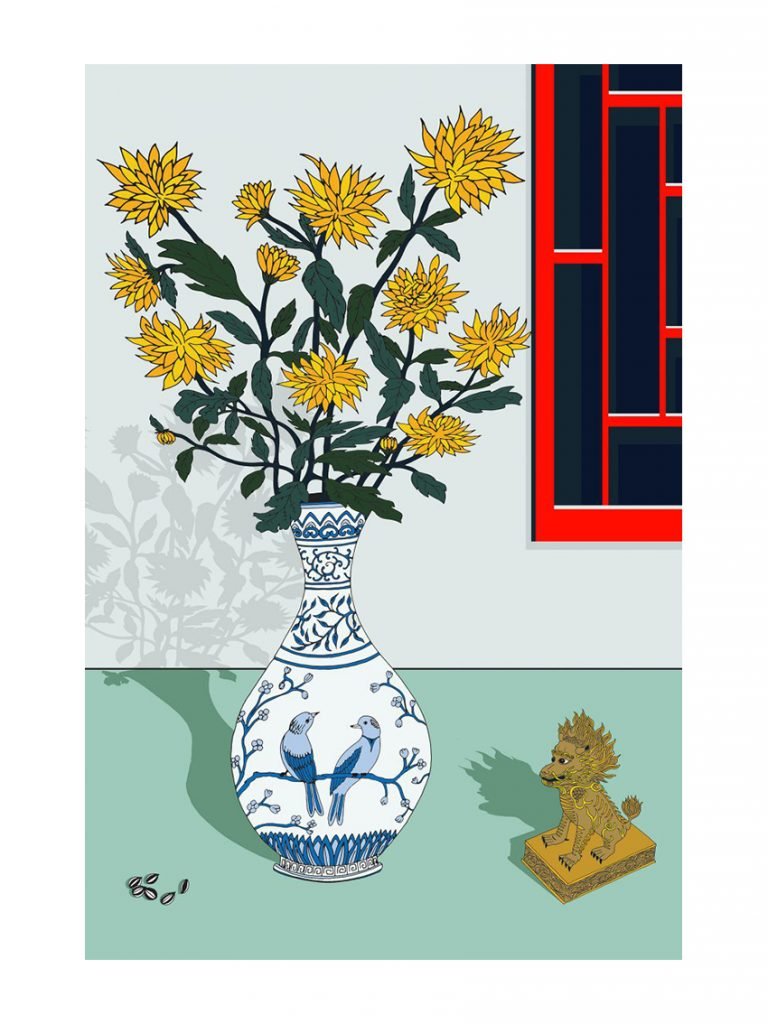 This piece sees Rob move his attention to the interior, creating a modern still life using elements from traditional Chinese culture. The Imperial yellow chrysanthemums represent long life and good luck. The yellow shows power and prosperity. The Ming vase from the Yongle dynasty is in the collection of the British Museum and is intended […]

All That Remains Is The Yellow Crane Tower 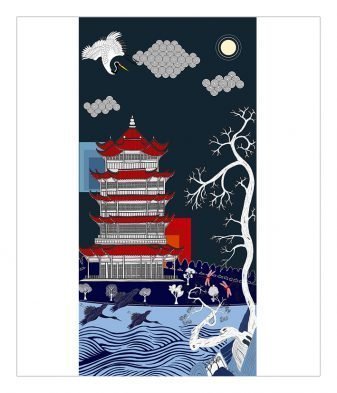 All that remains is the Yellow Crane Tower came about after Rob had completed Geometric Wuhan. For the work he studied the wonderful Yellow Crane Tower and its long history. Although the modern structure is less than 40 years old, records show that a building has been on the site since AD223. Compositionally, he has […]